You are here: Home About Ambassadors Julie Weiss Marathon Goddess

For those of us who’ve lost loved ones to cancer, we all wish we had more time with them. I am honored to have been selected to serve as a brand ambassador for Lazarex Cancer Foundation, a charity which, as part of its mission, helps extend the lives of late stage cancer patients by covering the costs of travel to clinical trials. I will be leading the fundraising efforts of Lazarex’s Team for Life, raising money to support the foundation through endurance sports, doing what I love!

Many of you know that I lost my father to pancreatic cancer and that started me on my journey as Marathon Goddess. Dana Dornsife, the Founder and President of Lazarex Cancer Foundation, lost her brother in law, Mike Miller, to pancreatic cancer which spurred her to find a way to help others facing advanced cancer who have been told there are no other options. Through our partnership, Lazarex established the Maurice Weiss Pancreatic Cancer Fund, named in honor of my father. Twenty percent of monies raised through my efforts will benefit the fund and help pancreatic cancer patients who want to participate in clinical trials. The balance will be directed to patients with all forms of cancer participating in clinical trials as well as Lazarex’s community and medical outreach programs.

A donation to Lazarex Cancer Foundation is a gift of time and hope for people with cancer and their loved ones. Please join me in supporting this great organization. We got this!

The Maurice Weiss Pancreatic Cancer Memorial Fund was established by Lazarex Cancer Foundation in partnership with Julie Weiss. It is named in honor of Julie’s father who died shortly after being diagnosed with pancreatic cancer. Twenty percent of the funds raised by Julie through Team for Life will benefit the fund and help pancreatic cancer patients who want to participate in clinical trials. The balance will be directed to patients with all forms of cancer participating in clinical trials as well as Lazarex’s community and medical outreach programs.

52 Marathons in 52 Weeks: Spirit of the Marathon II

Spirit of the Marathon II tells the stories of seven people whose lives were changed by running the marathon. The film focuses on the runners and the personal journeys which led them to take part in the Rome Marathon.
It also captures the international nature of the marathon and the profound effect on all who run it.

One of the seven runners featured in the Spirit of the Marathon II, Julie Weiss is a veteran marathoner from Santa Monica, California. She began a quest at the Rome Marathon to run one marathon a week for a year to honor the memory of her father on an emotional journey to spread awareness and raise money for pancreatic cancer - the devastating disease that claimed his life. This quest earned her the title of "Marathon Goddess", a woman who is an inspiration and a force for change.

"Why I Run to Fight Cancer"

Before I started running I was overweight, on antidepressants and I could barely run around the block. I was a young mom and had battled some very dark moments. Since I started running I am no longer taking any medication and I have lost 20 pounds. Running saved my life.

On March 2, 2008, I ran my first marathon, the Los Angeles Marathon. I had made all the beginner mistakes. Ouch! Pretty much sums it up. I had not trained properly, and swore I would stick only to 10K’s after that. But it was not long, two months in fact, until I ran another marathon and then another. My father became my biggest fan. We had a goal, that goal was that I would qualify for the Boston Marathon where he would go to see me run. I attempted to qualify for Boston 19 times. Every time I completed a marathon I would call my father and let him know how I did. He was still proud of me, even if it was my slowest time. He always encouraged me to keep going and so I did. In October of 2010, my father was diagnosed with stage 4 pancreatic cancer. I was devastated, but my father urged me to continue to train, to work and go on with life as usual. It was hard, but I did as he wished. On December 5, 2010 I finally did qualify for the Boston Marathon and made it in 3:47, sadly it was 1 week after my father passed away, just 35 days after his diagnosis. I know he was there with me, he was the wind at my back and had the best seat in the house, my heart.

After I ran the Boston  Marathon in 2011 I looked deeply into the disease that had  taken my father. I found that pancreatic cancer was the 4th  leading cause of cancer death and the least funded for  research. This was unacceptable to me. I knew had to something dramatic to raise awareness and  that it should be centered around my passion for running and  the love for my father. So I set out to run 52 marathons in  52 weeks to raise $1,000,000 . I  recently  completed marathon#52 on March 17, 2013 at the ASICS L.A.  Marathon. I did all of this while holding down a full time  job. I work 9-5 as an accountant. I would leave my office on a Friday or Saturday, travel to a different city, state or even country, run a marathon on Sunday and fly back home to get to work Monday morning. Almost every weekend waking up at 3:30 in the morning to get to the starting line. Not even Super Storm Sandy could stop me. I dedicated each of my marathons to someone affected by pancreatic cancer because my fight was nothing compared to what these people had to go through. They are my heroes.

I have two amazing kids, my wonderful fiance, and of course my first running partner ever, my dog Jessie. I have found my purpose in life. Now, I invite you to join me in the light, embrace your highest self and start being the person you were put on this earth to be. If it speaks to you, I also invite you to join me in the fight against cancer. The disease that took the life of my number 1 fan, my father, and so many others.

Create Your Own Event for a Good Cause

How to Find Support while training to run for a cause

Things Not to Do Days before Your Marathons

Don’t Let The Weather Stop You! Train for Marathons on your Treadmills

Is It Great To Donate A Car?

Can We Donate A Car?

How to Avoid Injuries When Preparing for Triathlons

Run for Life: Why Run for a Cause like Cancer

Do’s and Don’ts The Week before the Marathons

How a Support Team Would Help You Prepare for Marathons

Do You Have To Train for Marathons Alone?

Half Marathons Are Fun Too! 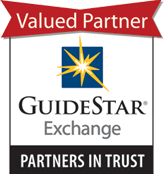